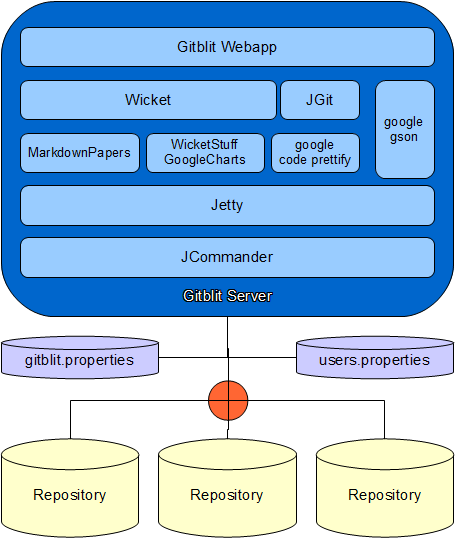 The following dependencies are bundled with Gitblit.

Eclipse is recommended for development as the project settings are preconfigured.

Contributions must be your own original work and must licensed under the Apache License, Version 2.0, the same license used by Gitblit.